on February 03, 2014
Baking powder and baking soda are things that we use every day, a little baking soda in the laundry, some baking powder in the cake.  But do we really know what these things do to the stuff we apply it to?
Did you know that one can hurt you? 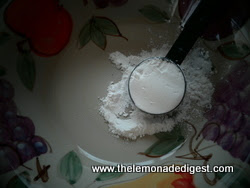 Baking Soda and Baking Powder -the differences/health negatives and benefits

This is an important ingredient in the food that we cook. It can also be used for things like cleaning, shampoo, to extinguish small electrical fires and grease fires, tenderize meats, and soften veggies.

One thing about baking soda, about it being able to extinguish fires, is that you would only want to use it on small fire.  This is because it would make the grease splatter if used on a big fire.  Baking Soda can extinguish small fires because it releases carbon dioxide. 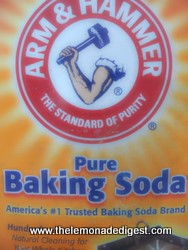 At one point in history baking soda was used in America to soften vegetables.  But it is not used anymore, because people like crisp veggies more now.  In Asia and Latin America baking soda is used to tenderize meat.

Baking Soda can be used as a disinfectant, though it is a very weak one.  It also may help against weak fungi and to get rid of the musty smell on books.

It can be used as a leavening agent, though it will not rise unless it is cooked.  This is because it must reach 80 degrees Celsius to make the baking soda rise.

Baking Soda is made of sodium hydrogen and sodium bicarbonate.  The formula is called NaHCO3.  This formula has different names beside baking soda; there is cooking soda, bread soda, and bicarbonate of soda.

The ancient Egyptians would use this as soap.  Then in 1846 bakers Austin Church and John Dwight started the first factory to develop baking soda from carbon dioxide and sodium carbonate.

Heat causes sodium bicarbonate to act as a raising agent by releasing carbon dioxide when used in baking. The carbon dioxide production starts at temperatures above 80 °C. Since the reaction does not occur at room temperature, mixtures (cake batter, etc.) can be allowed to stand without rising until they are heated in the oven.

A lot of recipes will call for baking soda instead of baking powder.  Usually the recipes will have some kind of liquid acid, like yogurt or buttermilk to make the baking soda get bubbles.  Which make the food rise.

Many recipes instruct you to mix all the dry ingredients together and then add the liquid. That keeps the baking powder from reacting until the end of the mixing process.
Many recipes tell you to mix only briefly -- just until the ingredients are moistened. That minimizes the escape of the gas from the batter. If you were to stir for a long time, the reaction would end and the stirring would have allowed the bubbles to escape.
For more baking tips and techniques, see the links below.

The bubbles are very important because they are what release the carbon dioxide, and that is what makes the food rise.  Because of this you would not want to stir food you were making too long because it would release all the bubbles.  Therefore, it would not make the food rise.
Baking Powder’s formula, when containing sodium sulfate, is NaAI(SO4)2.
Sodium aluminum sulfite is in baking powder is horrible for you.  This sodium aluminum can affect your mood, memory, and so much more.  So definitely don’t use baking powder unless you just have to. Do a search on negative health effects of baking powder.
There are alternatives to baking powder though.  One kind is aluminum free.  Rumford and Bob's Red Mill are two brands.

Peanut Butter Blossom Cookies   By Josephine Smith   Heat  - 350°    Time  – 15-20 mins     Ingredients     1 cup - Peanut Butter (crunchy or creamy)    1 cup – white sugar   1 – egg   Chocolate Kisses         Procedure     Combine peanut butter, sugar, and egg in a bowl. Mix until smooth. Spoon onto a cookie sheet and form into a ball of the desired size. Make sure not to make them too big or they will get gooey on the inside after cooking. Insert chocolates onto the middle of the dough balls, make sure they  are tightly placed in the dough as to not fall off when baking. Place then in the oven and let cook for 10-15 min or until golden brown. Let sit until hard.  Reviews   Absolutely delicious. Make sure to not cook too long, take them out when barely brown. - Sheri Smith Very good. Make sure to not make them too thick or they will get gooey on the inside. - Tytus Smith, age 12 Amazing cookies. Worth making. - Gabriel Smith, age 17 I love them, I want to eat them all. - Shae Smith, 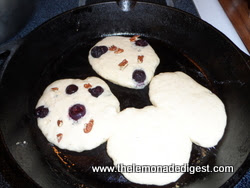 Check out these delicious and fluffy pancakes! Author: Naomi Smith 11/12/13 These Old Fashioned Pancakes are perfect! It’s quick, easy, and delicious.  It takes about 15 min to make. They're healthy, too!   1 1/2 c. flour (we like to use half white and half wheat) 3 ½ tsp. baking powder    1 tsp. salt 1 tbsp. sugar 1 ¼ c. milk 1 egg 3 tbsp. melted butter or olive oil 1 small plastic container applesauce (optional) 1 tsp. wheat germ (optional) 1 tsp. ground flax seed (optional) Mix the flour, baking powder, salt, and sugar first.   Then add the milk, egg, and melted butter. Then when all that is mixed add the apple sauce and wheat germ. When all that is done cook and enjoy! Tips For Big or Hungry Families- If you are like my family you might want to make a double batch! It’s also handy because then you can have some left over for the next day.  We like to make our pancakes smaller so they cook faster and more people can get them